Leaving the YRE start at the Red Lion Hotel we turned on 4th along Military Memory Lane where I got my Mural Credit for the walk. 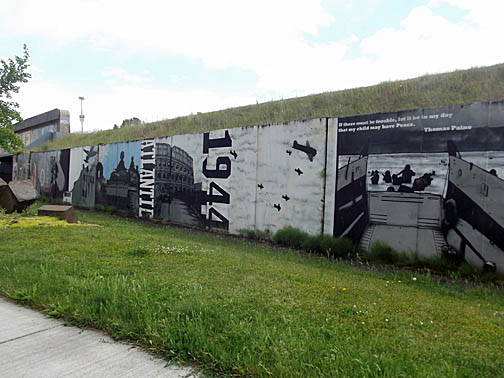 We continued on to Esther Short Park were we passed this statue. 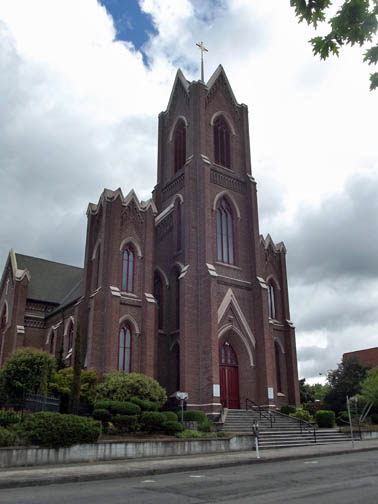 We passed a hot dog stand on the corner that wasn’t open yet, but we liked his advertisement.

And the old Carnegie Library which is now a museum. 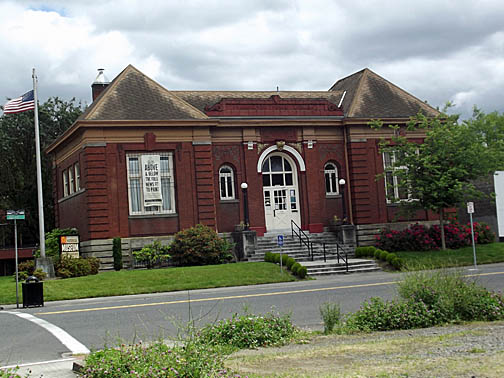 I didn’t record the name of this church. 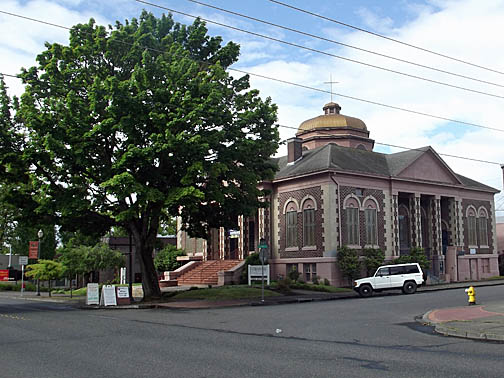 And the yards in the residential district had nice flowers too.

We walked through the Clark College Campus. 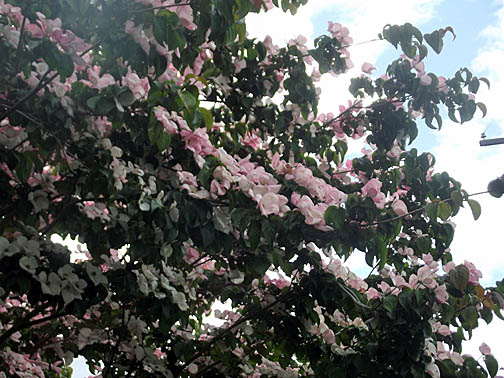 We missed a turn on Fort Vancouver and went by The Marshall House before we got back on track. 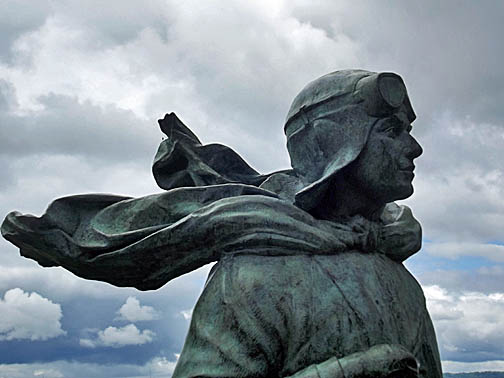 Memorial to Russian Plane and crew that made the first flight over the North Pole. 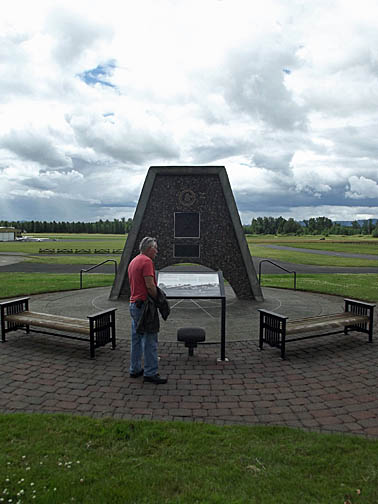 Reconstruction of Fort Vancouver (origanal burned to the ground).

We paid the entry fee and toured the inside of the fort. 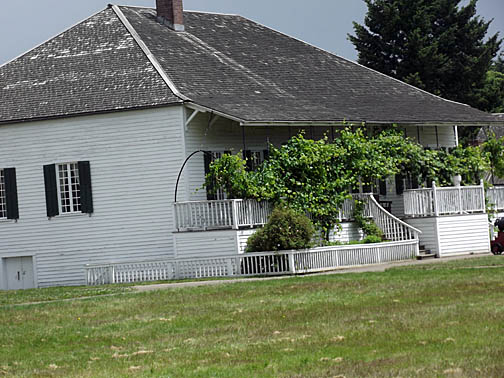 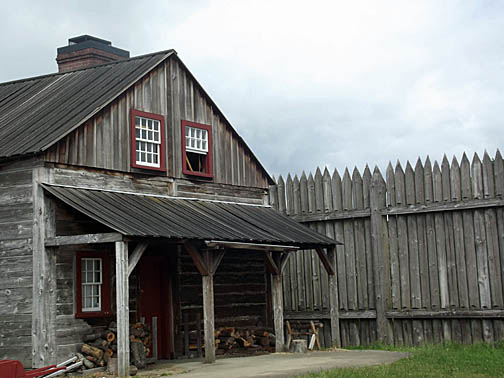 Inside the above house. 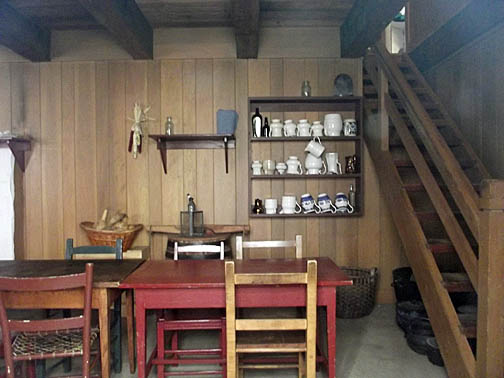 Fire starter kit.  Striker made of metal and flint rock. 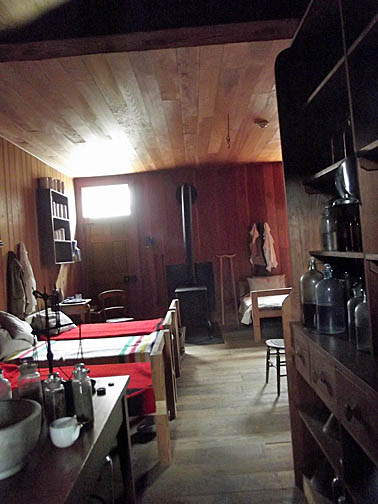 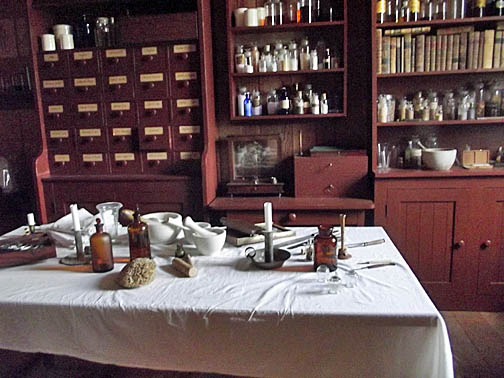 The counting house where the fur and other trading was done. 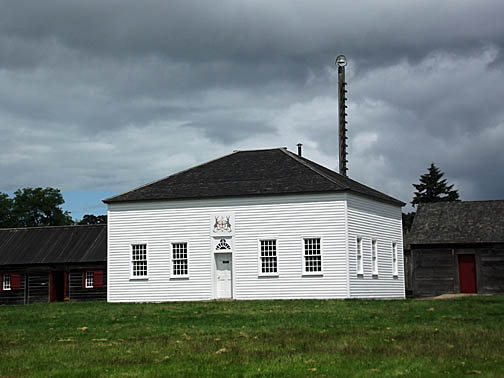 Model of how the cabins were constructed. 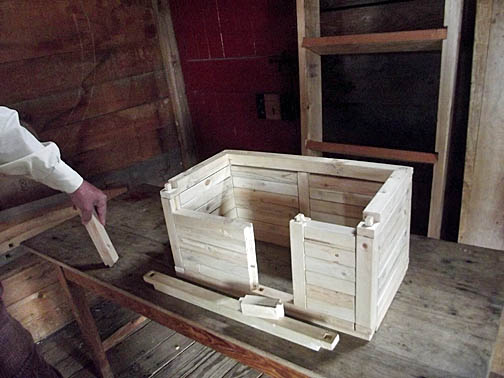 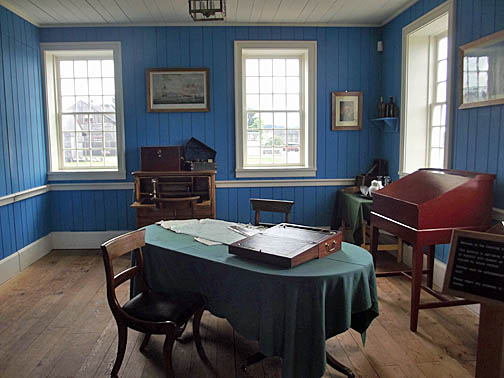 Leaving the fort we walked though the garden.

Next we passed the Veteran’s Memorial. 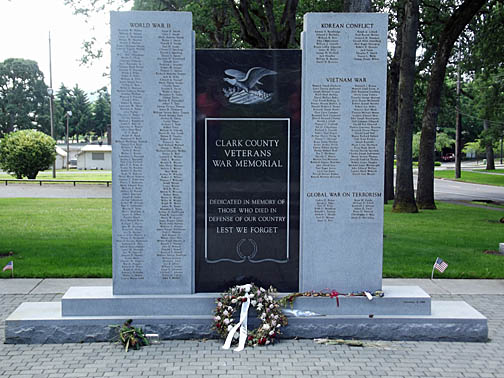 We crossed the land bridge to get over I-5

From there we made our way to Columbia Way and spotted the Joe’s Crab Shack were we stopped and had a very expensive lunch…. but we had a great view of the Columbia River while we ate!