The walk starts at the Hilton Inn. There is a bronze cattle drive directly in front of the Hilton in Indian Springs Park. We took a picture before going in to register.

The walk route head out the back door of the Hilton past the Freedom Fountain.

There is a dry fountain on the lawn with lion heads.  Marker on the fountain says it was donated in 1909 by  the National Humane Alliance.

Across from the city hall is the new Chamber of Commerce building with it’s copper dome.  It has solar panels on the roof to provide power to the whole building.

The walk passes the Alico Building which is still the tallest building in Waco.  It is 22 stories tall.  It was built in 1910.  It survived the 1953 Waco tornado.

The old Kress building has been remodeled into loft apartments.

Vintage movie theater that originally opened in 1914 as the Hippodrome. When destoyed by fire it was rebuilt with it’s current Mediterranean style in 1929 and was named the Waco Theatre. Current sign has both names. 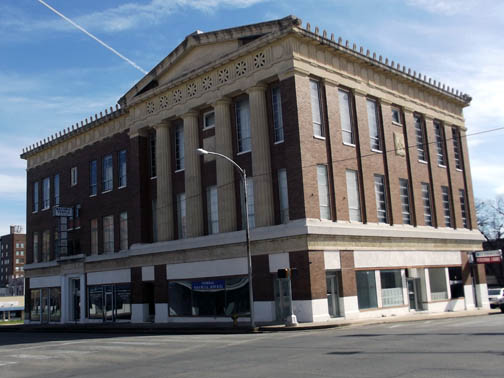 Woodmen of the World Memorial on the southeast corner of the courthouse lawn. 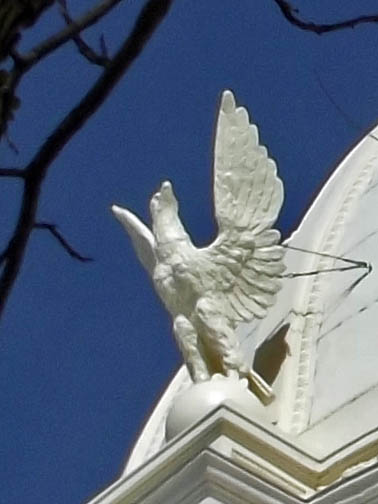 I focused in on one of the Eagles on the side of the courthouse. 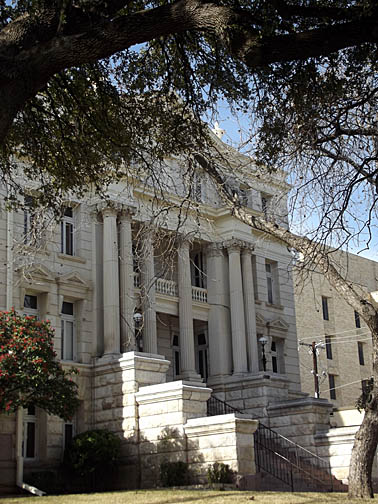 North side of the McLennan County Courthouse.

Marker on the courthouse lawn that says this used to the site of the Neill McLennan home. 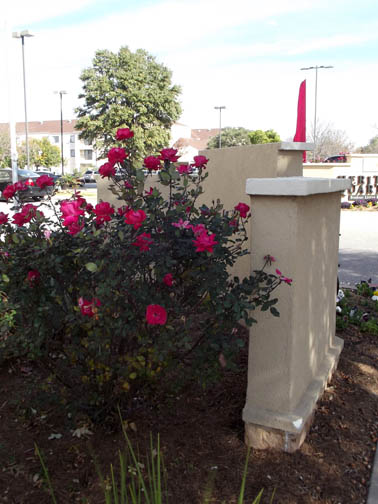 We have roses blooming in January! 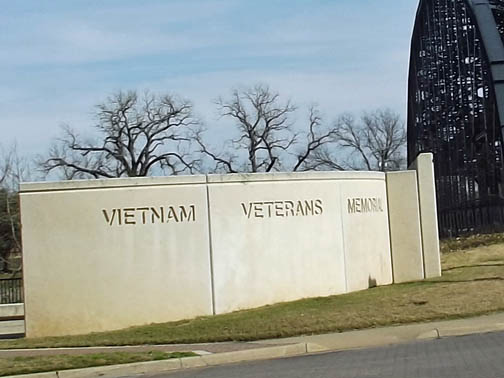 We passed the Vietnam Memorial.

Looking back at the Washington Street Bridge, the walk will take us over it later.

Construction site along the river.

Marker for what will later become University Parks Drive. 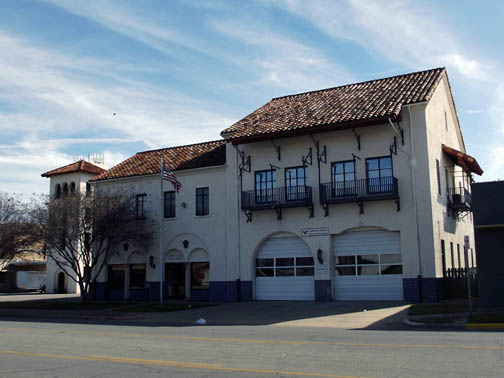 Nice design on the fire station.

We passed this beautiful Baptist Church.