College Station has two Year Round Events (urban hikes).  One is on the Texas A and M Campus.  The other is called the Four Parks Walk.  We chose to do the Four Parks event but since it was hot we did the 5K version. That meant we only walked in one of the four parks.

We soon passed this art museum with its outdoor abstract art displays. 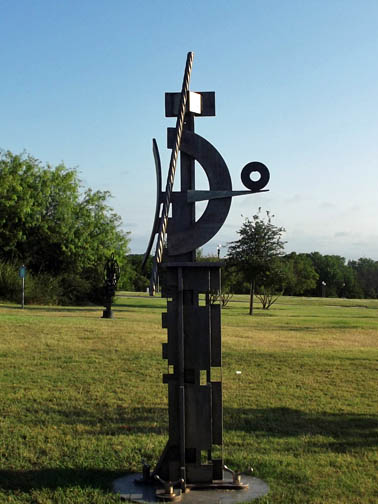 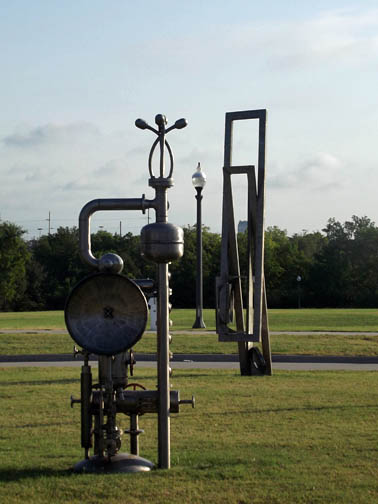 This is Wolf Pen Park. 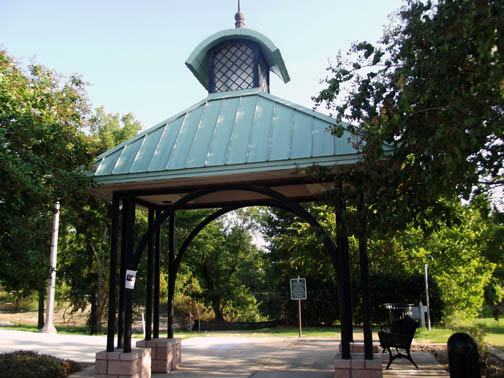 We entered though this pavilion to walk a loop on the trail.

There were informational signboards at several locations along the paved trail. 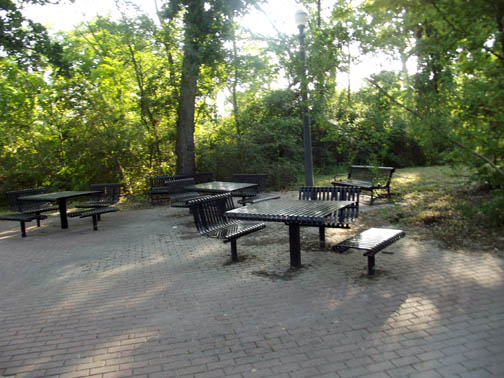 There was a nice picnic area at the far end just as the trail looped back.

This was just a nice view of the creek that runs through the park. 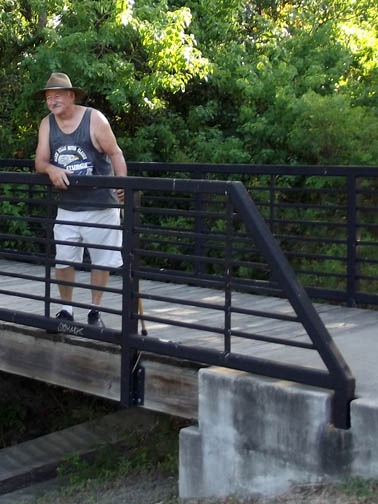 One of the bridges we crossed. 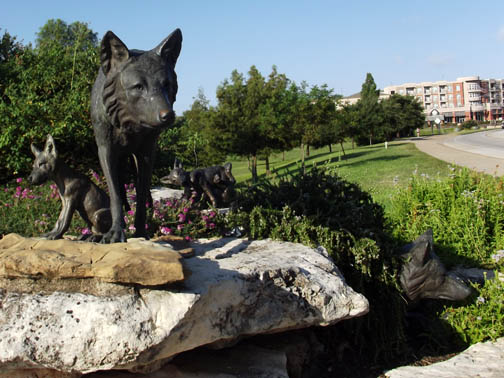 There was a statue of wolves in the next section of the park.

This section was more developed with this outdoor amphitheater. 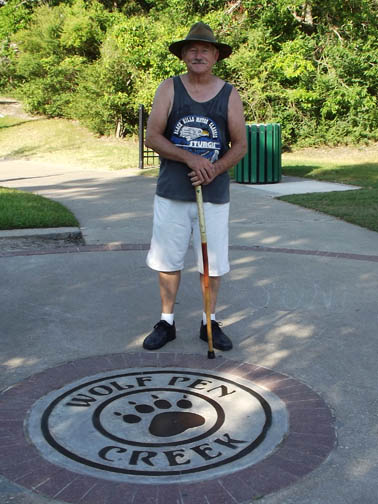 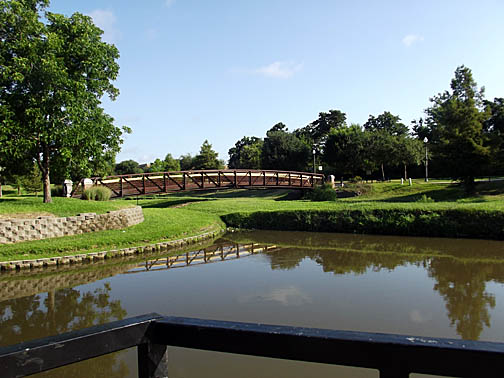 View of the creek from the amphitheater. 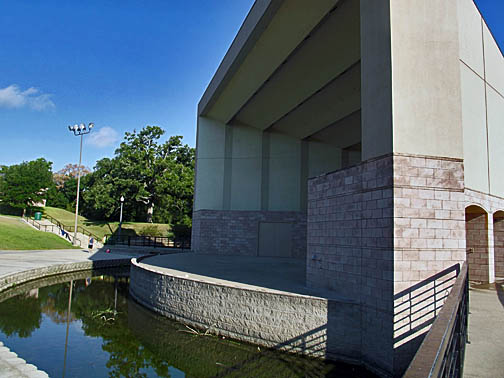 View of the amphitheater stage area.

It was very strange seeing all the people walking around playing pokemon on their cell phones instead of enjoying the sights and sounds of the park. But if it gets them up and moving I guess it is an improvement over the other computer games.