It is the weekend after Thanksgiving and it is good to be out walking again. After registering we parked at Confederate Park and started our urban hike. 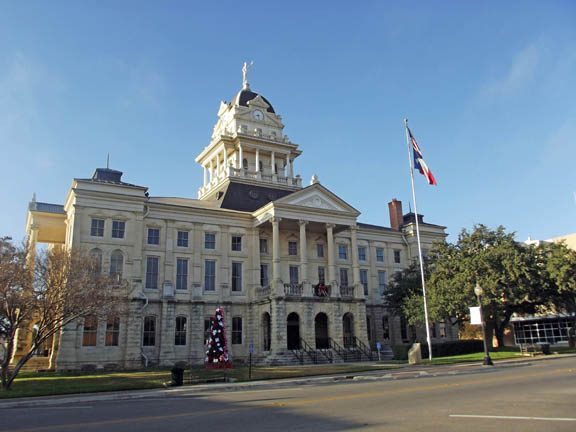 We pass the Bell County courthouse decorated for Christmas. 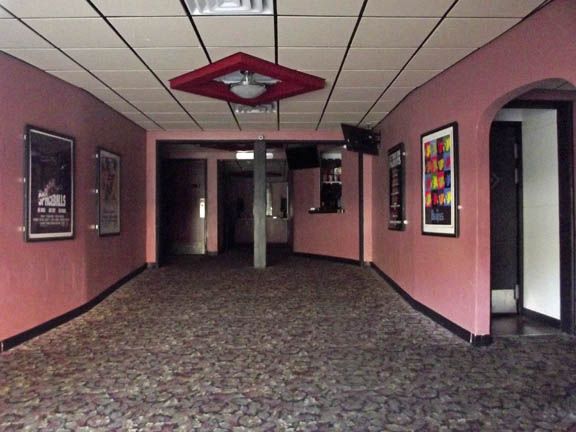 A peek inside the Art Deco Belltonian Theater which is once again open for business. 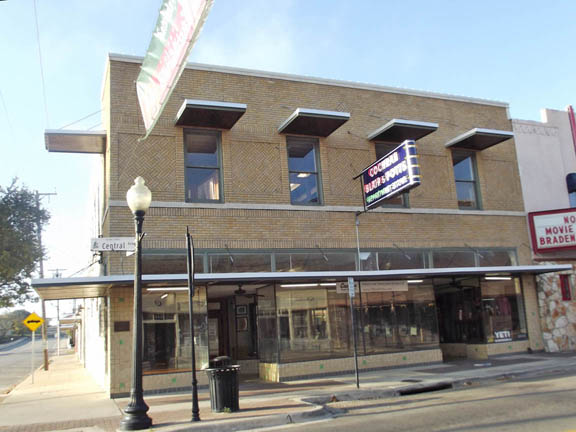 This store was opened at this site in 1884. In 1917 ownership changed and the store was given the current name of Cochran, Blair and Potts.

We deviated from the walk route to check out the new mural located on the side of the store.

Mural on the backside of the CARQUEST parts house. 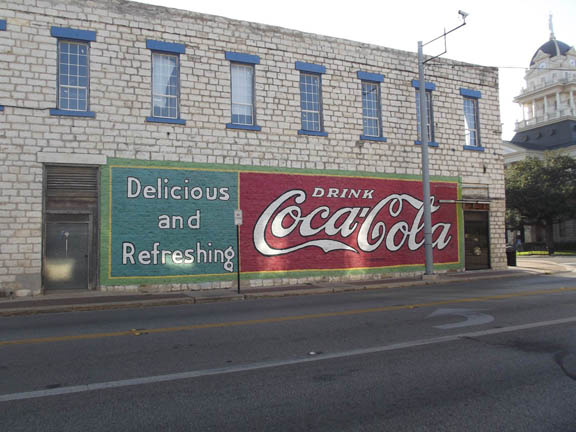 On the side of Sarsaparilla Café building is an advertisement for coke. 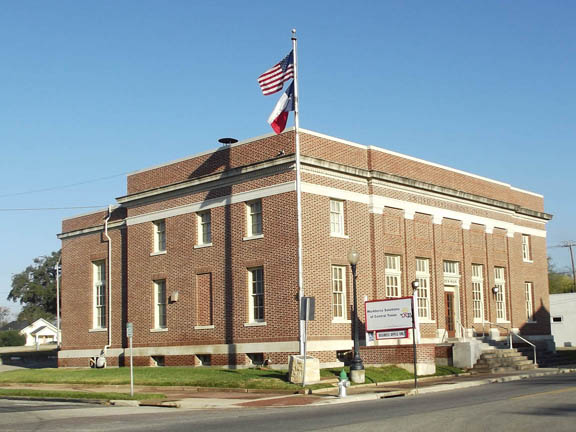 Across the street from the Carnegie Building is the old 1915 US Post Office building which is a NRHP.

Cute little Art Deco building is a former bus depot. It is also a NRHP. 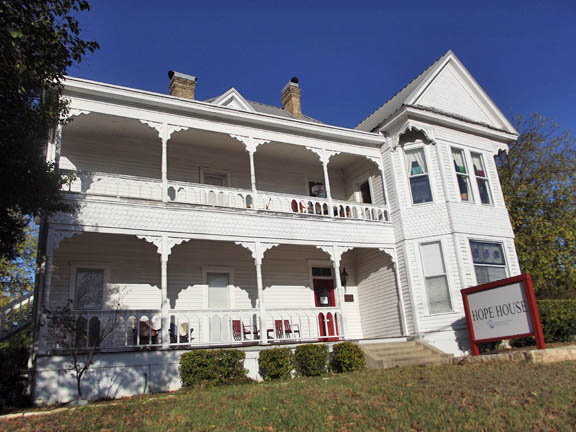 The Morey House is a more sedate Victorian. 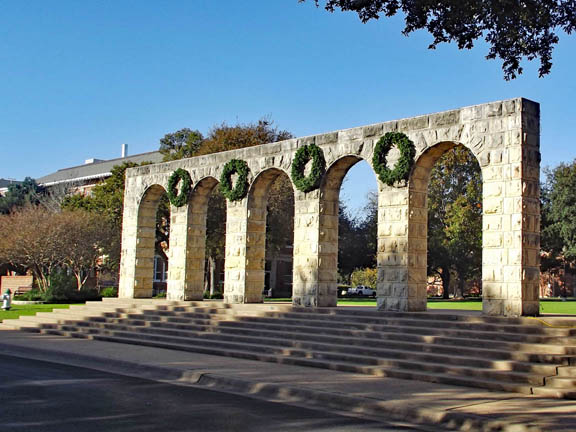 Arches from Luther Hall on the UMHB campus remain as a memorial. 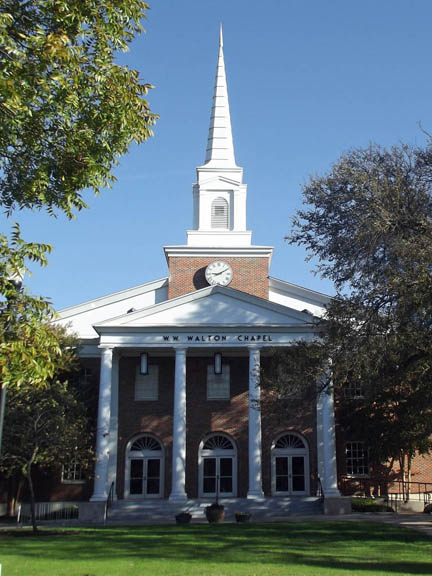 At the end of the circle drive is Walton Chapel. 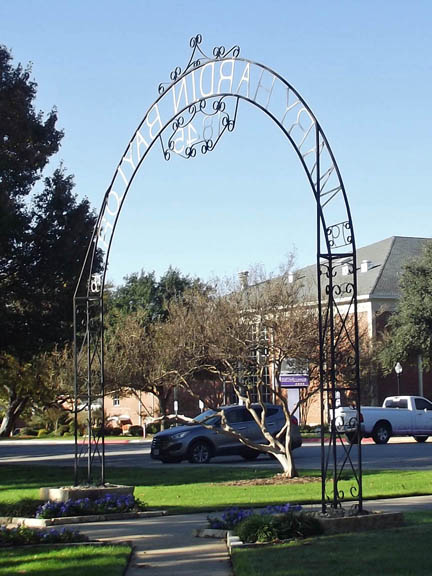 Backside of the old archway entrance to the university which was moved here in 1995 when a new entrance was created.

Hughs Recital Hall is on the NRHP.

The band was practicing when we walked past the UMHB stadium.

Pedestrian bridge on the new section of the Nolan Creek hike/bike trail. 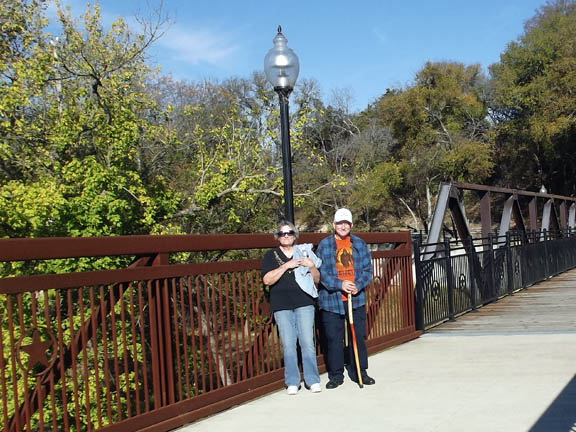 Carol and Ed on the bridge.

View of Nolan Creek from the bridge. 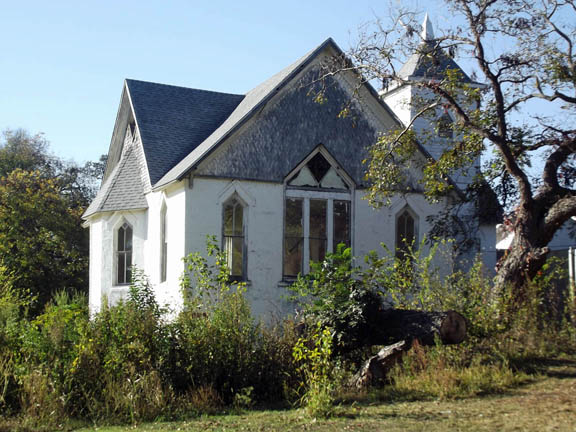 Mt. Zion Methodist Church built in 1893 is along the hike/bike trail. 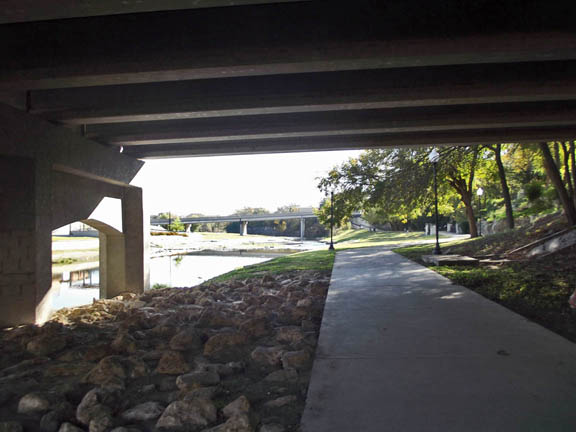 Under the bridge, up a short hill and the hike/bike trail ends back at Confederate Park.