Gladewater calls itself “The Antique Capital of East Texas”.   With approx. 200 dealers in 16 malls, Gladewater has a revitalized downtown.

Texaco closed its local office in 1987 after 54 years in Gladewater and donated to the city this pumping unit from the Texaco-Snavely “A” Lease #1. 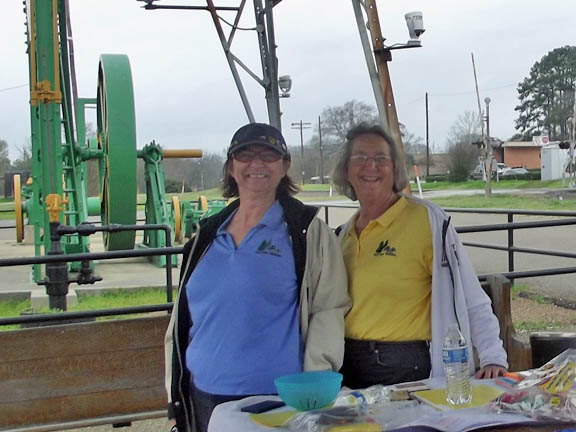 Bonnie and Helen showing off their club shirts. 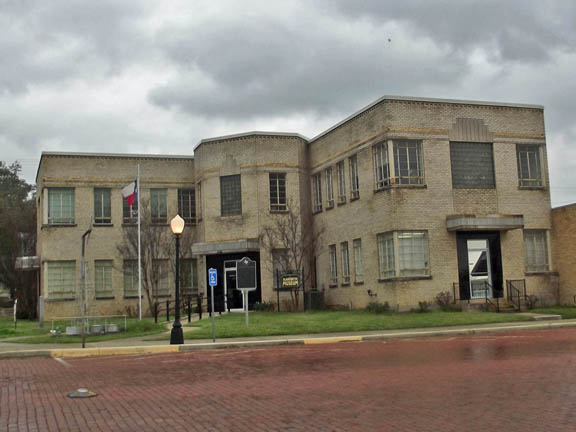 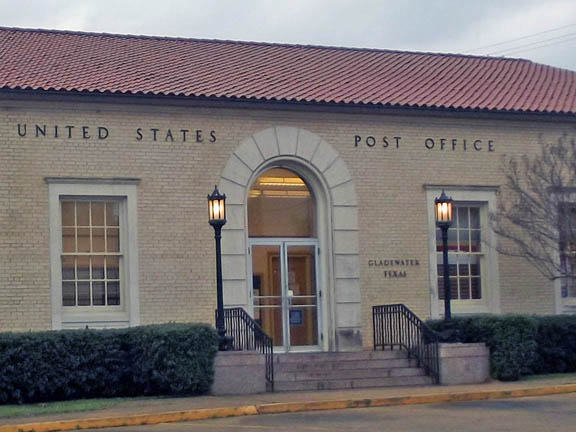 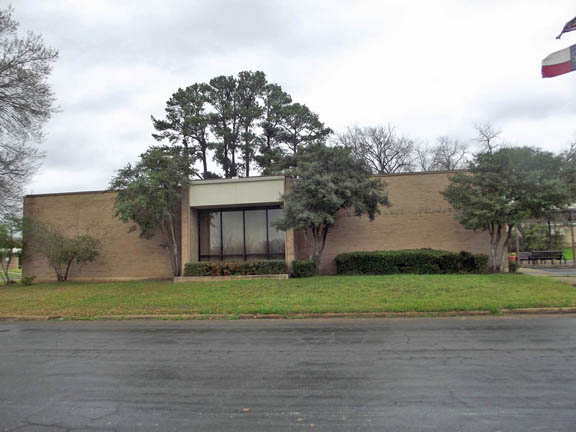 Lee Library named for T.W. Lee.  He was publisher of the Gladewater Daily Mirror and owner of Radio Station KSIJ.

Cracked sidewalk broke the mosaic tile for the Masonic Lodge. 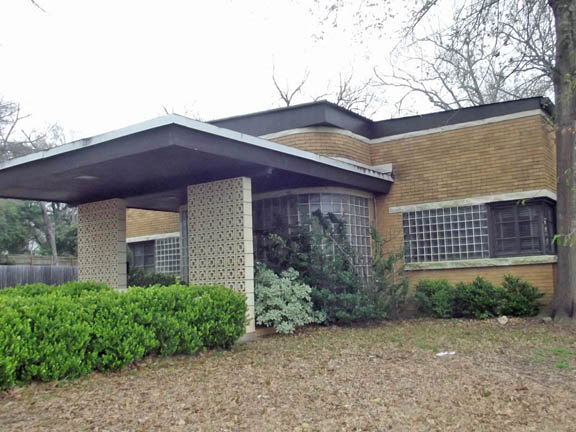 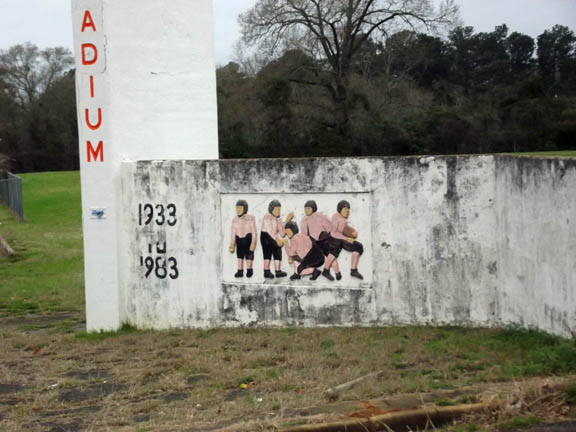 Relief Art Sculpture of football players on the remnants of the old football stadium. 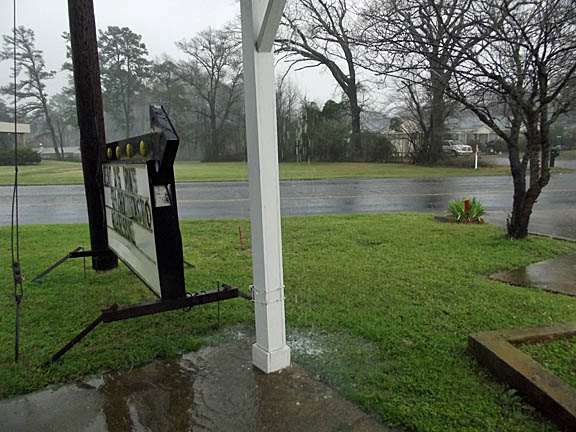 Waiting out the rain under the donut shop canopy. 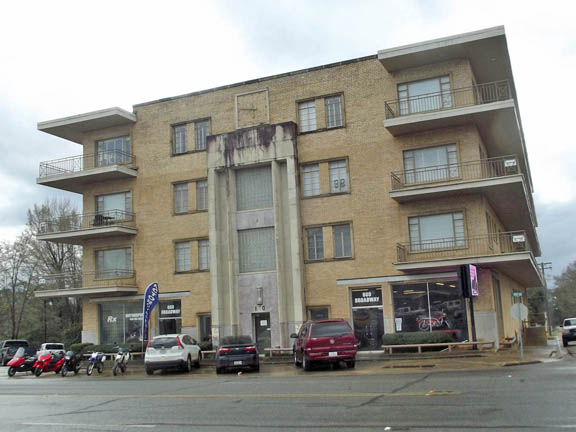 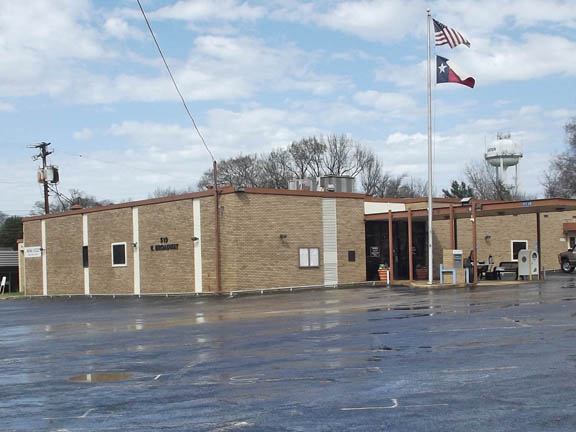 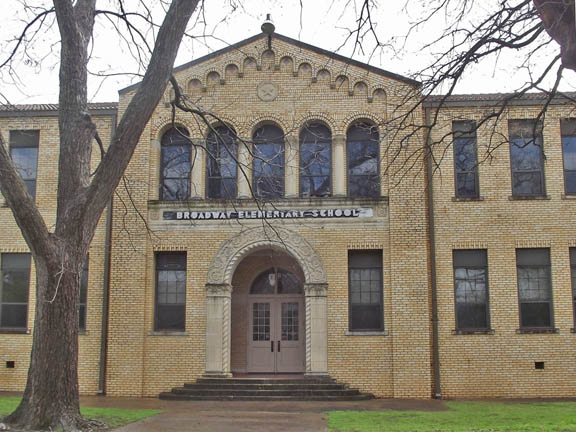 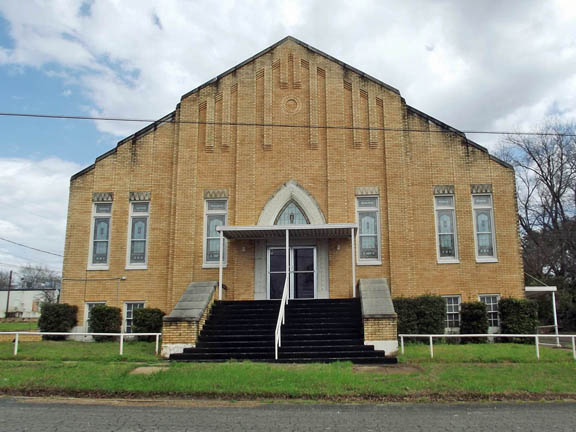 Mural on the side of Guadalupe’s Mexican Restaurant. 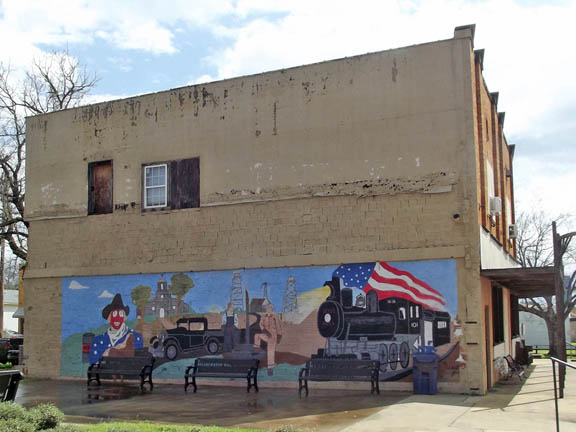 Mural next to the War Memorial. 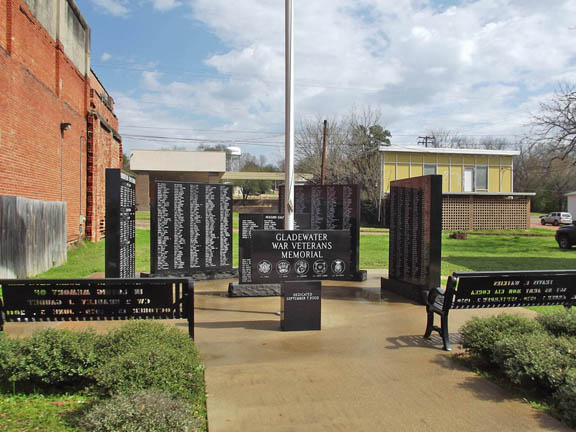 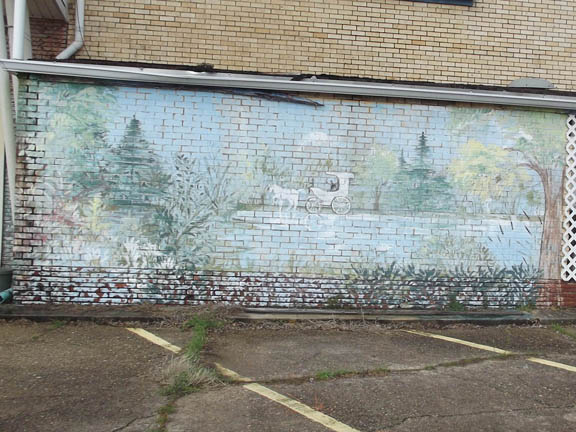 Vintage movie theater opened in 1938. Since the early-1980’s it has operated as Gladewater Opry.