Paris is a very historic town that has had some bad things happen. The town was almost completely destroyed by fire in 1916. Only a couple of building survived the fire. A terrific architect, J.L. Wees, designed a lot of the building after the fire. He was also an artist who did the Culberson Fountain and the World War I Memorial. We enjoyed touring this city.

Confederate Memorial erected in 1903 by the United Daughters of the Confederacy.

The Plaza Theater closed in the early 1970s.  It is now hosts live theater productions.

First National Bank building erected in 1914 was gutted by the 1916 fire.  The outside remained and the inside was restored. 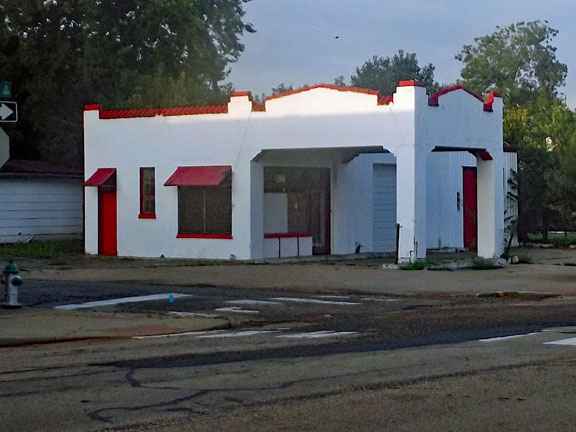 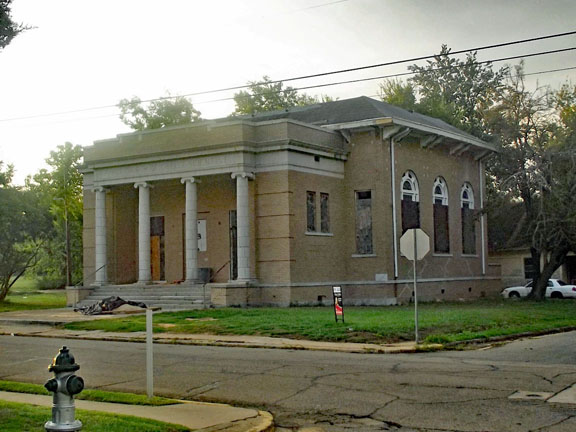 Boarded up Christ the Scientist Church.

First Presbyterian Church 1891 Romanesque style made of stone and brick. 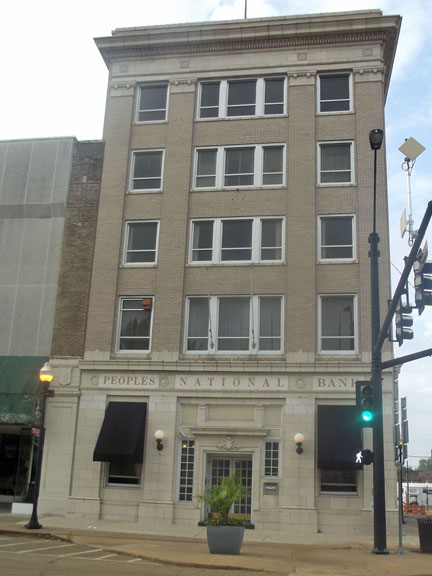 Liberty Bank Building says Peoples National Bank on it.  But is no longer a bank.  Just an office building.

Culbertson Fountain was a gift to the city by J.J. Culbertson.  He commissioned J.L. Wees to create it.  It sits in a downtown square. 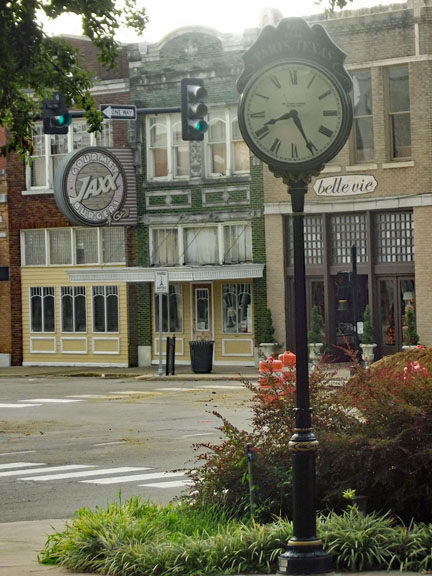 It says American National Bank 1917 above the door, but when it was listed on the National Register of Historic Places in 1988, it was called “Old Farmers Bank”.  Note the lovely eagle.

First State Bank is no longer a bank.  It was a drugstore in 1988 when it was added to the National Register of Historic Places.

Vintage Gulf Service Station.  Called an “icebox” station because of the material it was made of.  Now Red Bear Restaurant. 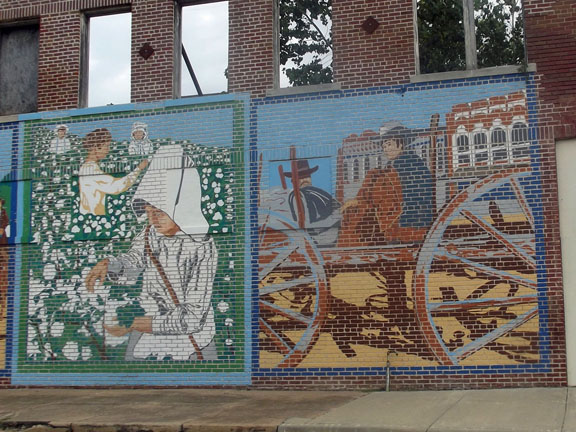 Part of a large mural on the side of a building shell (walls but no roof).  Next to the Farmer’s Market. 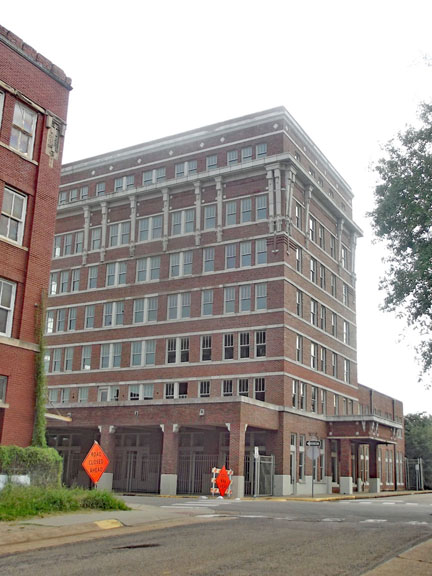 1931 Public Library another gift to the city from J.J. Culbertson. 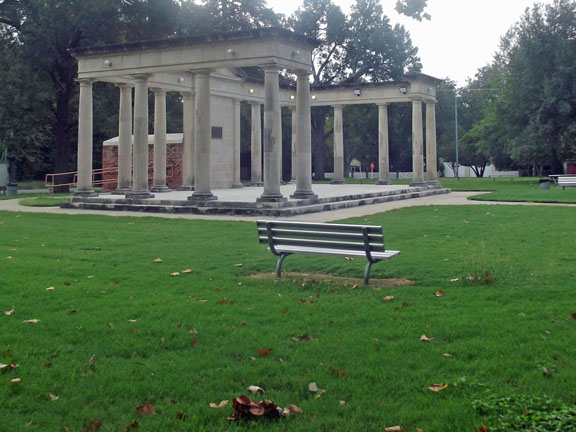 Monument to the lives lost in 1982 Paris Tornado.  Located in Bywaters Park. 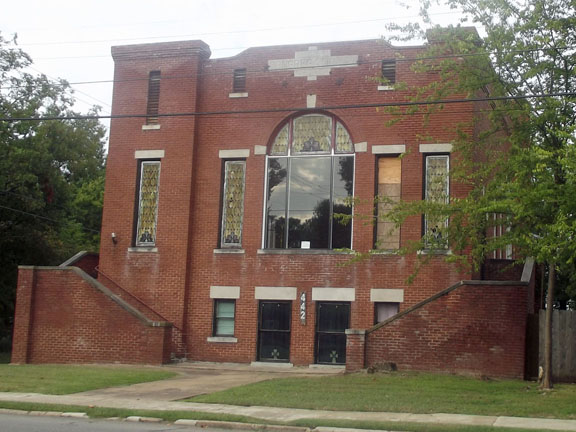 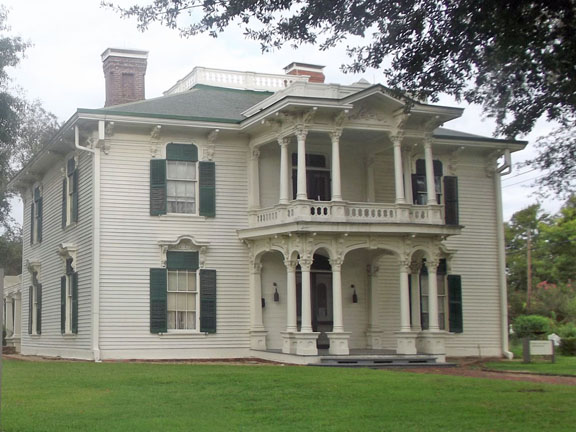 Two story wood frame Victorian would be lovely if painted in contrasting colors.

Scott-Roden Mansion (Now Roden-Pryor Funeral Home) was built in 1909.  It was designed by J.L. Wees in the Jugendstil style. 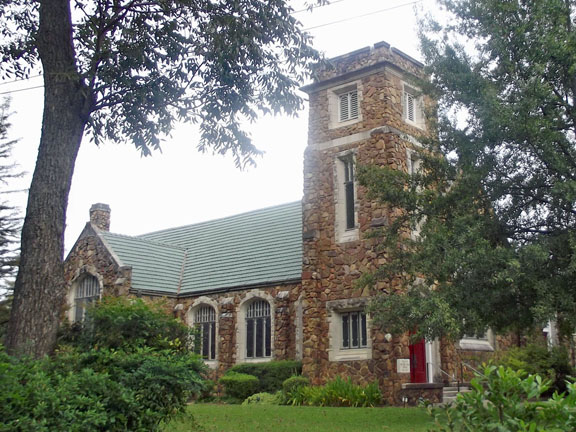 Church of the Holy Cross (Episcopal) built of rubblestone from the Subiaco quarry in NW Arkansas in 1918. 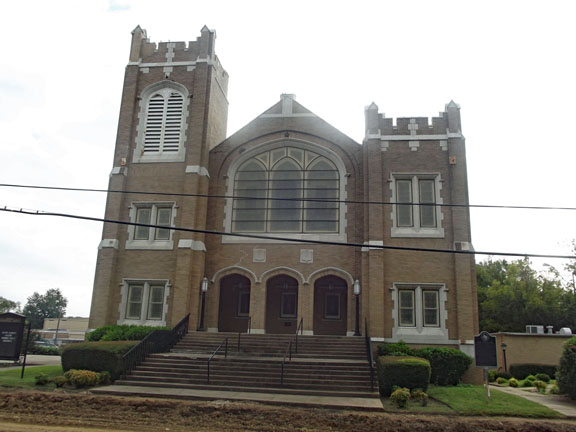 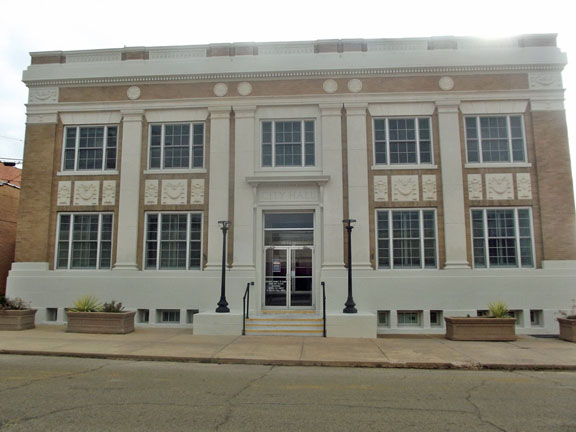 1920 Paris City Hall and Fire Station. A two-story Beaux Arts building with a profusion of bas-relief swags, medallions, and pilasters.

We passed through Community Park and played some of the percussion instruments.

First United Methodist Church completed in 1924.  There is a skylight under the dome if you get a chance to go inside (we didn’t).

World War I Memorial next to the Post Office.  Artist – J.L. Wees

The vintage Grand Movie Theater, opened in 1937.  It is currently closed.  Note the Scott Building beside it.

Gargoyles on the tower of the Scott Building

Carol and Ed waiting for me to finish taking pictures of this beautiful old building.