“Fort Worth is where the West begins, and nothing embodies Western heritage better than the Fort Worth Stockyards National Historic District. From the original brick walkways to the wooden corrals, every inch of the Stockyards tells the true history of Texas’s famous livestock industry.”

It is also a great place for dining, live music performances, shopping, and other tourist attractions.

Mural down the side of Rios Interiors. 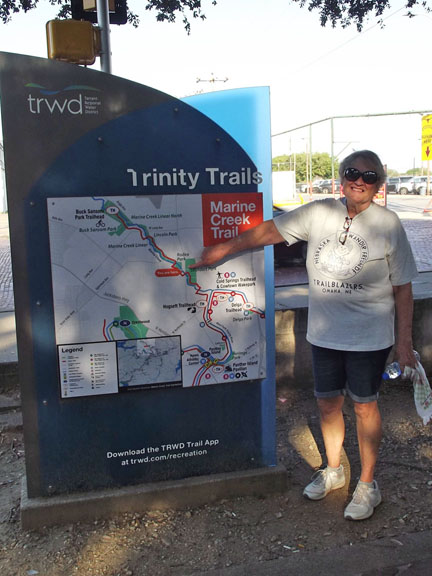 Trinity Trails runs along the Trinity River for around 40 miles.  It is used for walking, horseback riding, biking and roller blading.  It is good to know where you are! 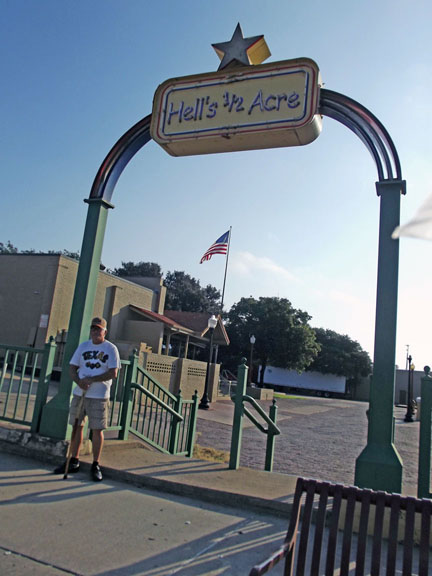 The southern part of downtown Ft. Worth was once known as “Hell’s Half Acre”.  This archway is a reminder of those time. 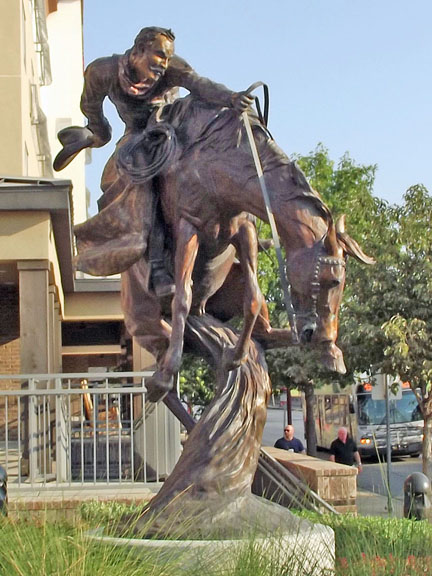 Bronc Rider sculpture in front of the Courtyard Marriott Hotel. 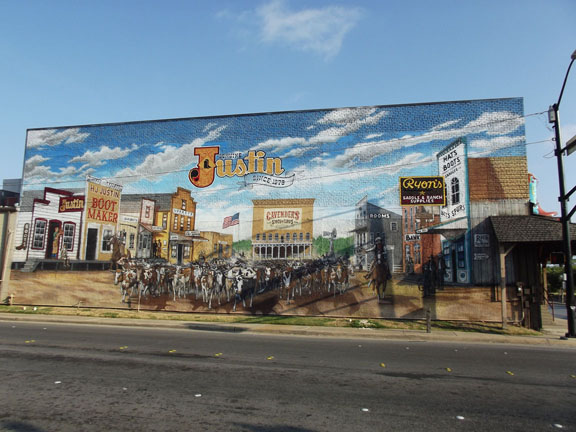 Historic mural originally paint in 1993 was restored in 2017 when Justin Boots moved into the building (and Justin was added in the middle of the mural).

“Texas Gold” is the name of this sculpture of Longhorns. 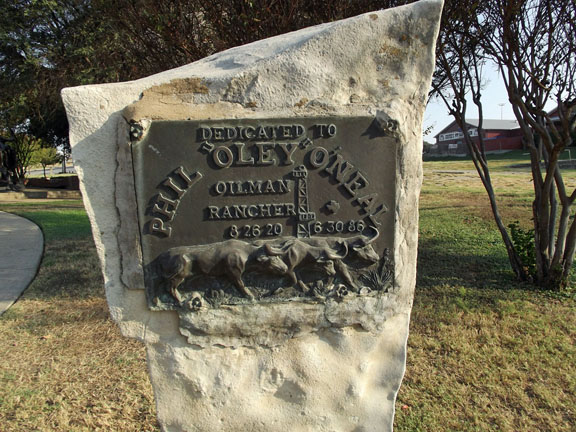 Billy Bob’s was built in 1910 as a cattle barn.  Today it is a restaurant, casino, and concert venue.

Would not like to meet the cowboy who could wear this belt.

The same cowboy lost his spurs.

Mural on the wall of the La Plaza Building next to the Visitor’s Center entrance. 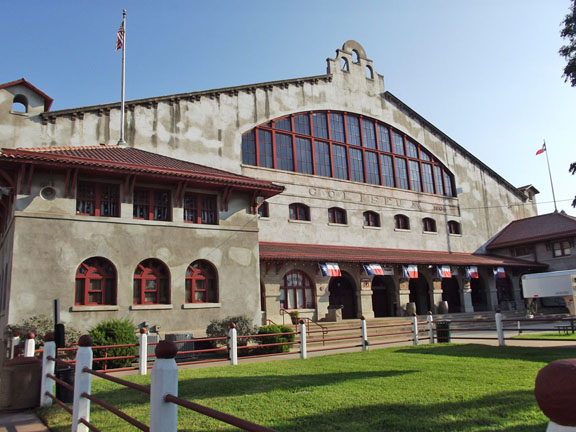 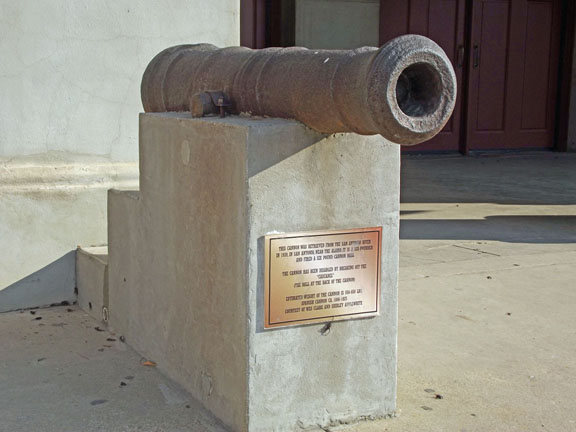 One of two cannons displayed in front of the coliseum.  Plaque says in part “This cannon was retrieved from the San Antonio River in 1939 in San Antonio near the Alamo. It is a 6 pounder and fired a 6 pound cannonball.” 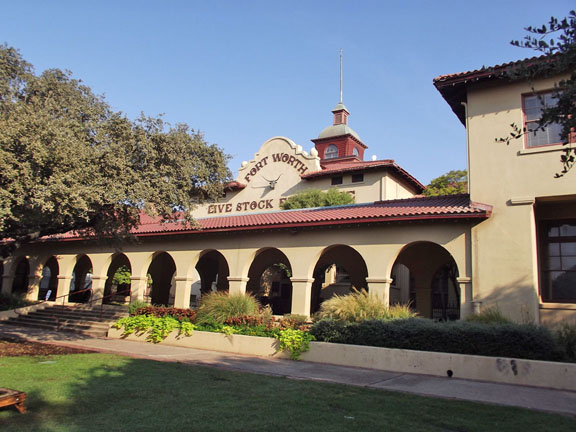 Built in 1902 this building is an active Stock Exchange building. 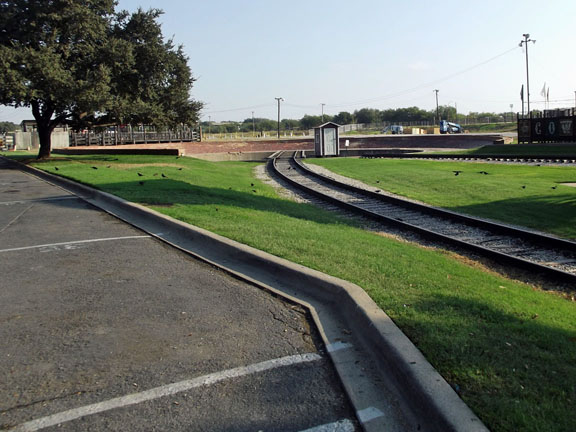 The turntable where the engine is turned around for the train rides.

The cattle pens have been used creatively to make a fun tourist attraction.  See if you can find your way through the maze. 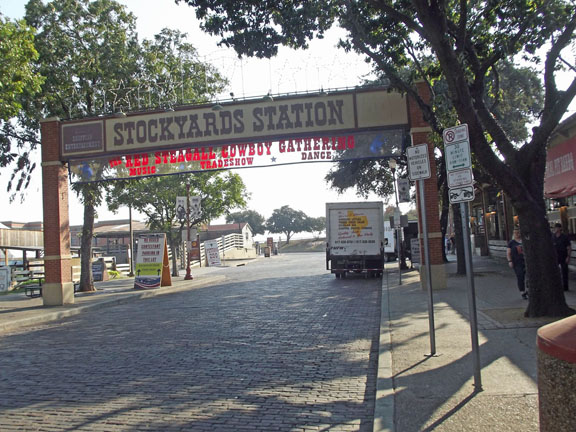 Archway over Exchange Avenue near the train station for the Tarantula Steam Engine Train ride. 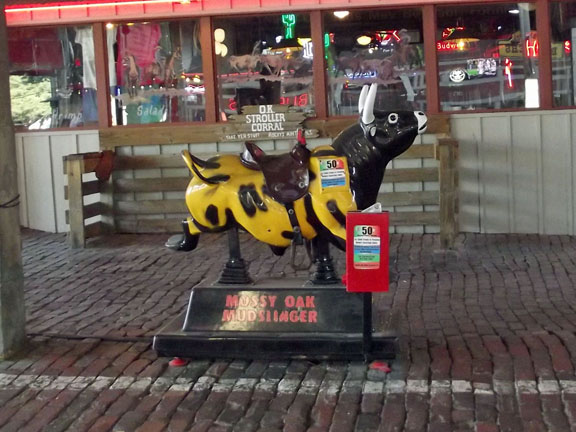 A fun ride for the little kids at Stockyards Station.  Like the name ” Mossy Oak Mudslinger”! 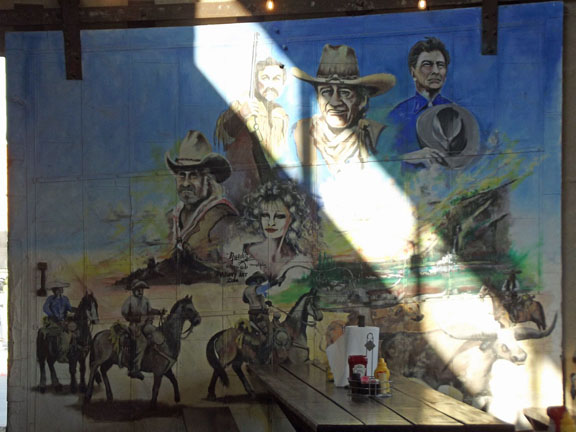 Mural on the west wall of a patio dining area at Stockyards Station.

Mural on the South Wall of the same restaurant patio area. 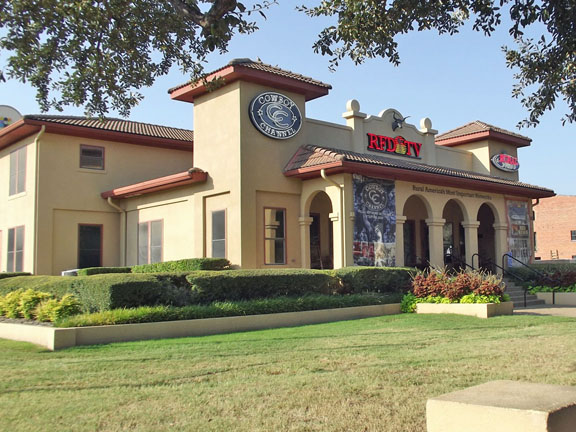 This building used to house the Visitor’s Center. 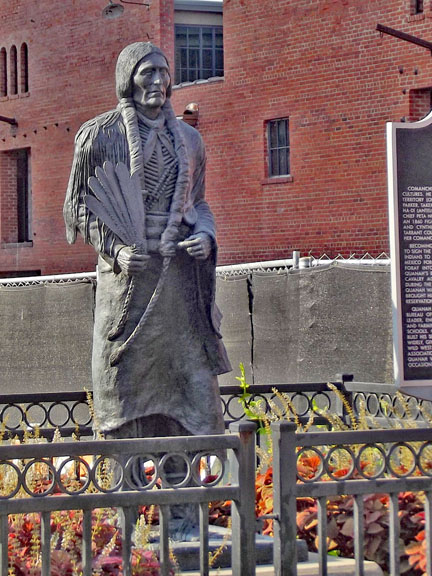 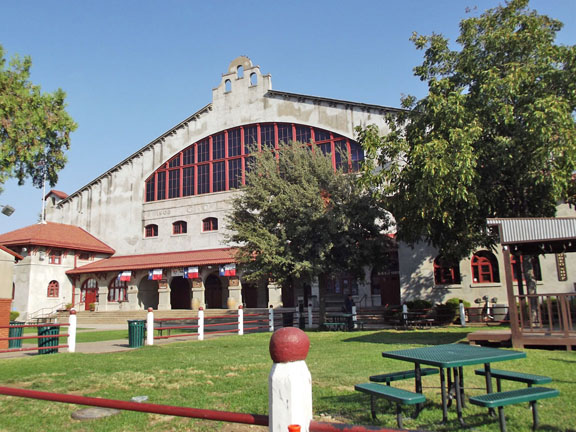 Passing back by the Coliseum. 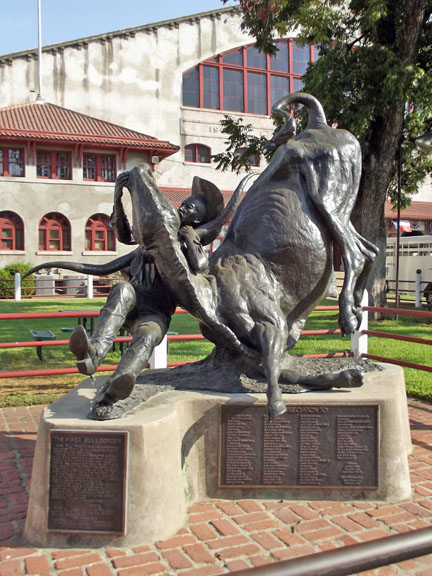 “The Original Bulldogger”  Bill Pickett “invented” bulldogging. In shows in the early 1900s he would ride his horse next to a longhorn steer, jump off and wrestle the steer down by the horns.  This later became a rodeo event. 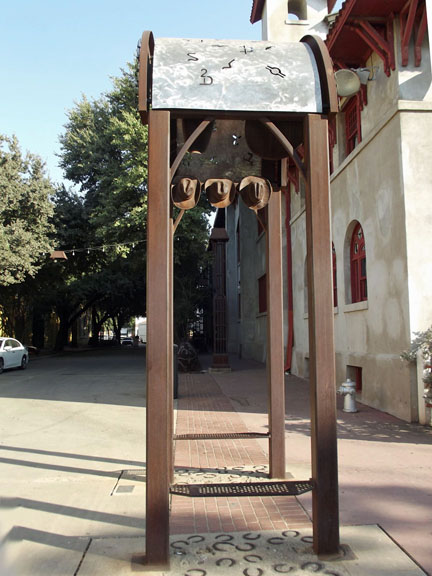 Metal arch with cowboy hat decorations leads to the Coliseum from Rodeo Plaza.

We went into the Visitor’s Center in the La Plaza Building.  There is also a small museum and retail shops here.  The walls are decorated with murals. 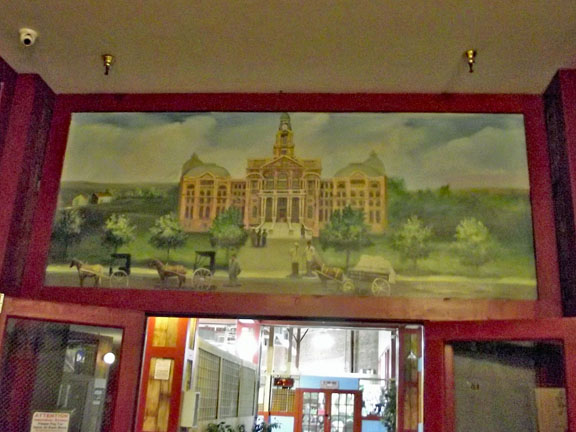 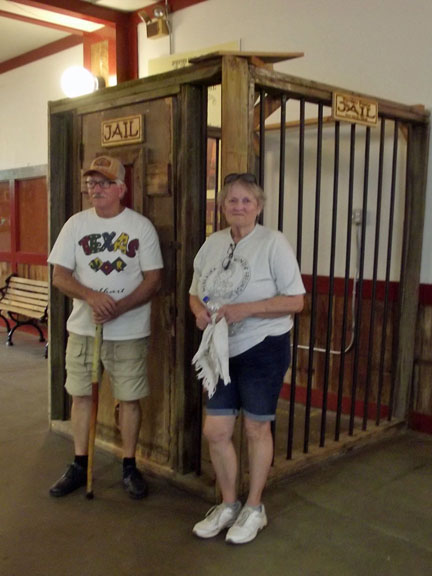 This jail is also at the La Plaza Building.  The door was chained and locked so we couldn’t take a picture inside the jail.

The former Stockyards National Bank.  Built in 1900s by the Amour and Swift Companies.  It is now a clothing store. 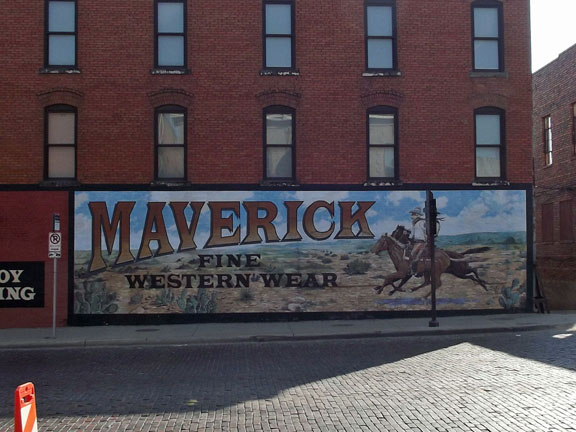 Mural on the side of Maverick Western Wear Store.